Sony Xperia C (C2305) released by Sony on June, 2013 is a good-quality dual SIM based Android smartphone, which came out with a 5 inch touchscreen display powered by cortex-A7 based 1.2 GHz processor along with 1 GB RAM. The device runs on Android 4.2.2 Jellybean operating system. If you have been using this smartphone and want to gain root privileges, then you are in the right page. Here, I have given a step by step tutorial to root Sony Xperia C without using a computer.

Since Sony has stopped providing OTA updates for this device, only by rooting this device, you will be able to install custom ROM firmware’s and upgrade your device’s Android version. Also, rooting your smartphone will let you remove the unwanted pre-installed system applications which are just occupying space in your device.

WARNING: Rooting your Sony Smartphone will void its warranty and you won’t be able to claim it back unless you unroot your device. So, beware of it before getting started with the rooting procedure given below. 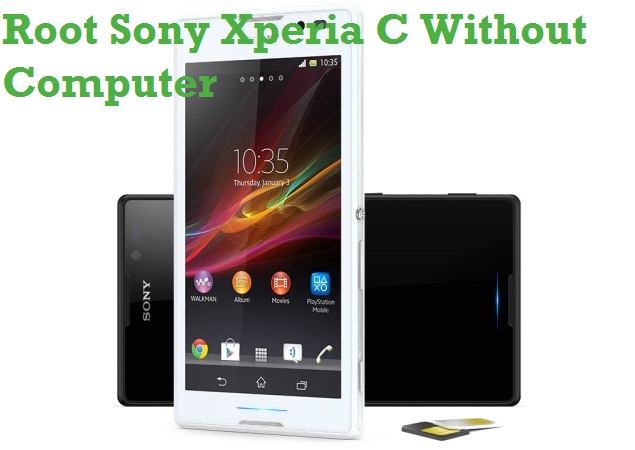 Step 1: Although the rooting procedure, which I have given here for Sony Xperia C is not a data-loss process, it will still be safe to have a backup of personal data in your smartphone. So, take a backup either using Sony PC companion or any other similar application.

Step 3: Now, you will need to enable “Installation from Unknown sources” in your smartphone, by following this path: Settings -> Security -> Device Administration -> Unknown sources. Only by enabling this option, you will be able to install KingRoot app and root your device.

Once you have finished all these preliminary tasks, you can move forward with the main rooting tutorial given below.

Step 1: To get started, download the latest version of KingRoot app in your device. While downloading, you will get a message stating that the file which you are trying to download might harm your mobile device. Just ignore it and download the app into your device. Step 2: Once downloaded, tap on the “KingRoot.apk” file to install the app in your device. 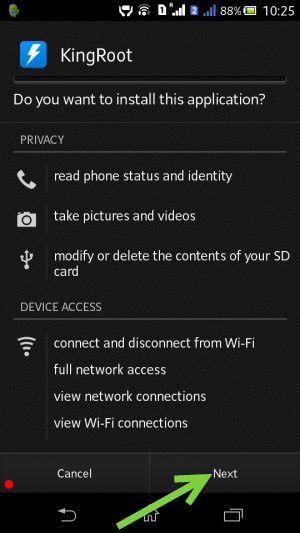 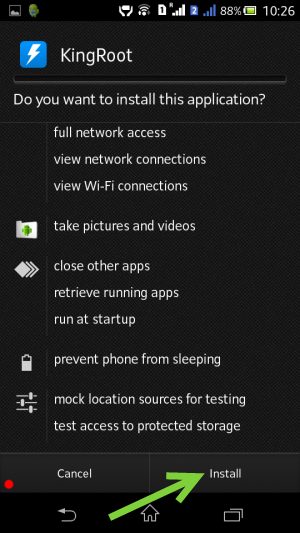 Step 4: Once the application is installed, click on “Open” to launch it. Now, the app will show the message “Root Access is Unavailable” along with your smartphone’s model number (C2305). To root your device, click on the “Start Root” blue button given in the app. 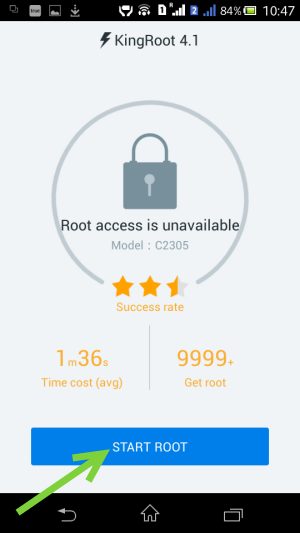 Step 5: Once you click the “Start Root” button, the rooting process will begin and you will see a progress circle with “Rooting” message. 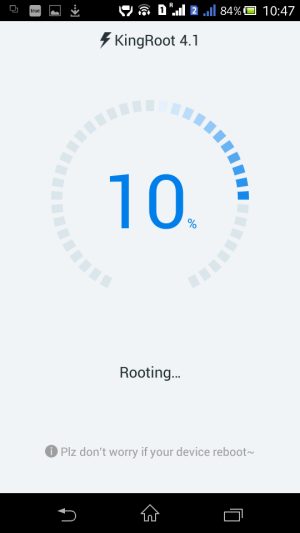 Step 6: Once the rooting process is finished, you will get the “Root Successfully” message in the KingRoot app. 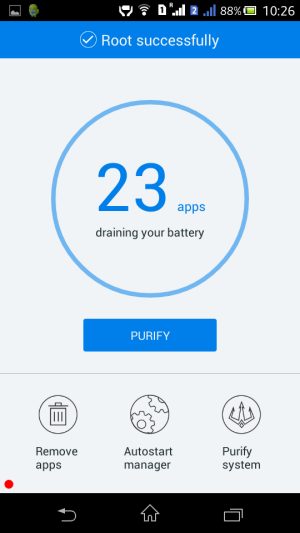 Step 7: That’s it. Now you have successfully finished rooting Sony Xperia C Android smartphone using the KingRoot one-click Android rooting app. For confirmation, open up your App menu and look for “KingUser” app. If you can find it there (as shown in the picture below), your device is successfully rooted. 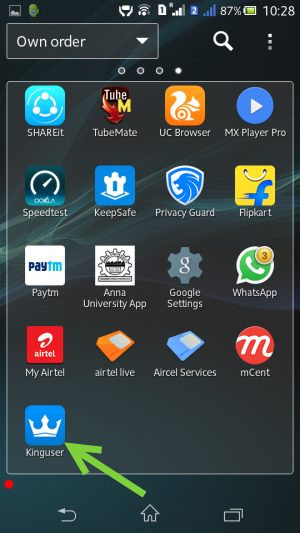 Alternatively, you can use the Root Checker app from the Google Play store to confirm the root privileges of your smartphone.

If you plan to unroot your smartphone for any device, then follow our tutorial to unroot Sony Xperia C by uninstalling KingUser. Also, if you encounter any issues while following this rooting procedure, do let me know via comments.