Home » Tutorials » How To Use Framaroot And Root Any Android Device

By following the tutorial, you will root almost all Android smartphones and tablets by installing the Framaroot application.

WARNING: Rooting your Android smartphone or tablet using Framaroot app will void its warranty, and you won’t be able to claim it back until you unroot your device. 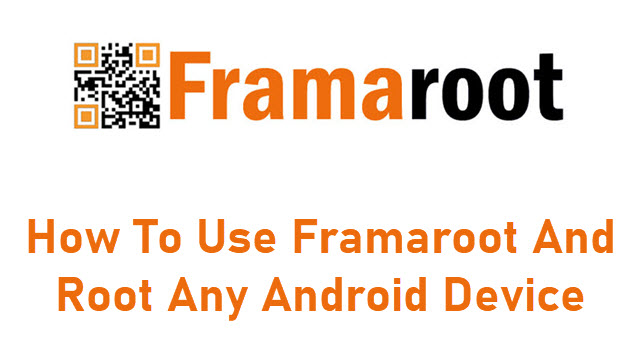 Tutorial On How To Use Framaroot And Root Any Android Device

Step 1: Before getting started with the rooting tutorial, make sure that your device has at least 50-60% battery backup in it. Next, ensure that you have uninstalled or disabled antivirus applications in your Android device as they sometimes distract the rooting procedure.

Step 2: Next, enable Installation of apps from unknown sources in your device by following this path: Settings -> Security -> Device Administration -> Unknown Sources.

Step 3: Now, download Framaroot app to your Android device. While doing so, you might get some warning message. Just ignore it and download the framaroot.apk file to your device. 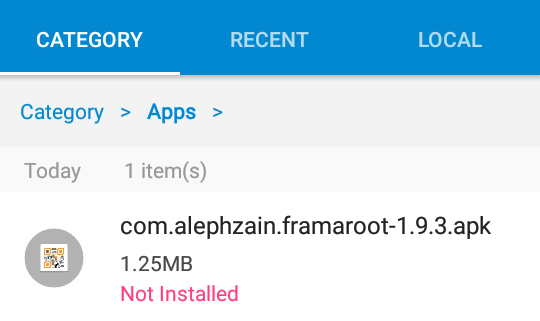 Step 4: Once done, click on the downloaded (com.alephzain.framaroot.apk) file and select “Install” to launch the installation process. 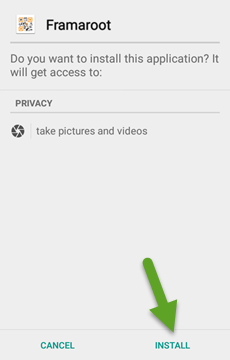 Step 5: While doing so, you will get a Security prompt saying “This app contains code that attempts to bypass Android’s security protections“. In that, select “I understand and still want to install it” and click on “Install Anyway.” 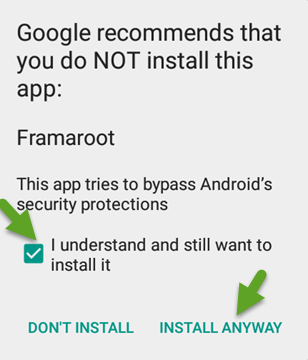 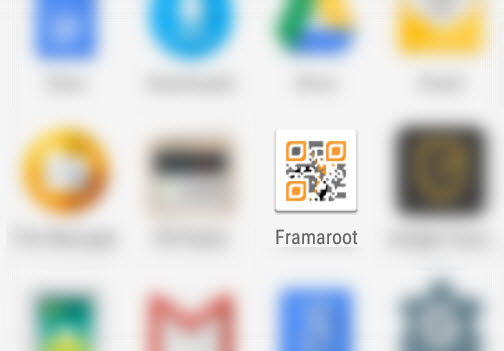 Step 7: If your device shows, “Your device seems not vulnerable to exploit included in Framaroot“, then your device is not supported for rooting with Framaroot. In that case, try the alternate rooting tools such as Kingroot, iRoot, etc. 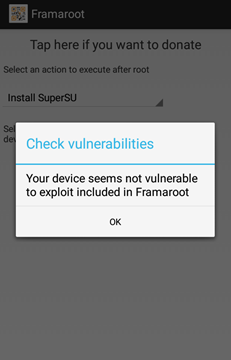 Step 8: If your device can be rooted with Framaroot, then the device will show three exploits namely “Install SuperSU“, “Unroot” and “Execute script/sdcard/custom“. 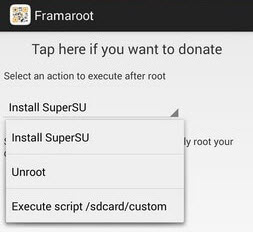 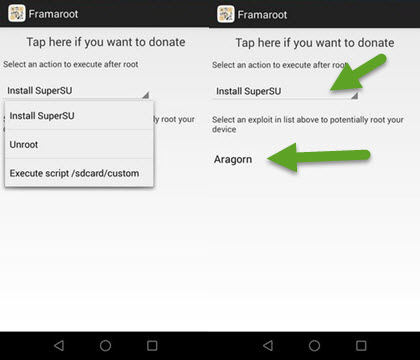 Step 10: Framaroot will take a minute or two to root your device, and once the rooting process completes, you will get the following message: Success. Superuser and SU binary installed. You have to reboot your device.

Step 11: Now, reboot your device to finish the rooting procedure.

That’s it. Now you have successfully finished rooting your Android device using the Framaroot android application. For confirmation, use the Root Checker app from Google Play store to check the root privileges of your smartphone.