Home » Tutorials » How To Root Gionee Elife E6 Without PC

Gionee Elife E6 is decent quality and cheap Android smartphone, which came out with the following features: 5-inch touchscreen display, cortex A7 based 1.7 GHz quad-core process, 2 GB RAM, and the device runs on Android 4.2 Jellybean operating system. If you have purchased this smartphone and looking for a way to gain root privileges, well you are on the right website as I have given a tutorial to root Gionee Elife E6 here.

The rooting procedure which I have given here doesn’t require a PC or Laptop computer. So, you can easily root your Gionee Elife E6 smartphone by following the tutorial on this page. Once you have rooted your device, you will be able to do the following tasks: uninstall system applications, install custom ROM firmware, install CWM recovery, etc.

WARNING: Rooting your Gionee smartphone will void its warranty, and you won’t be able to claim it until you unroot your device. So, think well about it before rooting your smartphone. 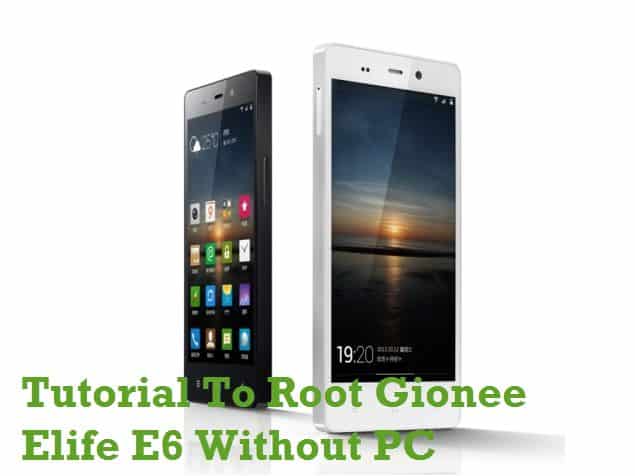 Step 1: The Gionee Elife E6 rooting procedure, which I have given here is not a data-loss process. So, there is no need for you to take a backup of personal data on your computer.

Step 2: Next, you will need to enable “Unknown Sources” in your Gionee smartphone by following this path: Settings -> Security -> Device Administration -> Unknown Sources (enable this option to allow installation of apps from unknown sources other than Google Play Store).

Step 3: Ensure that you have uninstalled antivirus applications from your smartphone before getting started with the rooting procedure as they have a habit of interrupting the rooting process.

Step 1: To get started, download Framaroot apk to your smartphone. Next, install it in your device by clicking on framaroot.apk file. While doing so, you might get some warning messages. Just ignore them and install Framaroot in your device.

Step 2: Once installed, open up the Framaroot application. Now, select “Install SuperSU” as the action to execute after root and then click on “Barahir” under the list of exploits to start the rooting process. 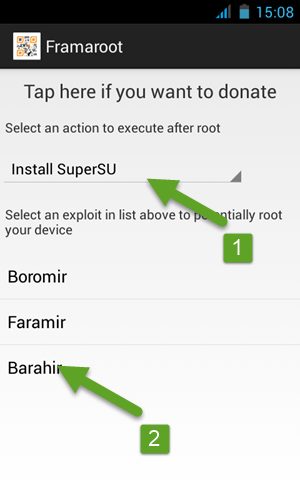 Step 3: Once the rooting procedure gets finished, you will get the following message: Success. Superuser and SU binary installed. You have to reboot your device. Just click “Ok” and then restart your smartphone to finish the rooting process.

If you own a smartphone or tablet other than Gionee Elife E6 and would like to get rooting tutorials for the same, kindly visit our Rooting Tutorials page.