Sony Xperia E (C1504) is a mid-range Android smartphone, which comes with a 3.5 inch TFT capacitive touchscreen display powered by 1 GHz Cortex-A5 based processor, along with a 512 MB RAM and it runs on Android 4.1 Jellybean operating system. If you own this smartphone and looking for a way to gain root permissions, well then you are on the right webpage. Here, I have given a step by step tutorial to root Sony Xperia E C1504  without using a computer.

WARNING: Rooting your Sony smartphone will void its warranty, and you won’t be able to claim it unless you unroot your Android smartphone. So, think well about it before rooting your device. 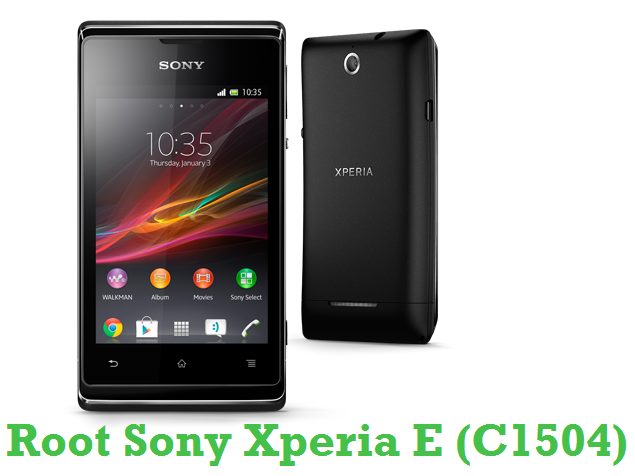 Step 1: To get started, download Framaroot app to your device. Once downloaded, install it in your smartphone by clicking on the .apk file. While doing so, you will get an Android security warning message. Just ignore it and install the app on your smartphone.

Step 2: Once installed, launch the application in your device by clicking on its icon under your smartphone’s Apps Menu.

That’s it. Now you have successfully finished rooting Sony Xperia E (C1504) Android smartphone without using a computer. To confirm whether you have successfully rooted your smartphone, open up your Apps Menu, and look for SuperSU app. If you can find it there, then the rooting procedure is successful. Alternatively, you can install and use the Root Checker app to verify your root privileges.

If you own a smartphone or tablet other than Sony Xperia E (C1504) and would like to get rooting tutorials for the same, kindly visit our Rooting Tutorials page.

If you encounter any issues while trying to root your Sony smartphone by following the above tutorial, drop a comment below.