Home » Tutorials » How To Root Sony Xperia S Without Computer

Sony Xperia S is an average Android smartphone, which comes with a 4.3 inch LCD capacitive touchscreen display powered by 1.5 GHz Dual-core processor, along with a 1 GB RAM and it runs on Android V2.3 (Gingerbread) operating system. If you own this smartphone and looking for a way to gain root permissions, well then you are on the right page. Here, I have given a step by step tutorial to root Sony Xperia S without using a computer.

By rooting your Sony Xperia S smartphone, you will be able to uninstall the pre-installed apps which are just occupying the unwanted space on your device. Also, by rooting, you will be able to install custom-built applications (which only supports devices with root privileges). You can also upgrade the Android firmware version in your device by installing custom ROM firmware and do a lot more things.

WARNING: Rooting your Sony smartphone will void its warranty, and you won’t be able to claim it unless you unroot your Android smartphone. So, think well about it before rooting your device. 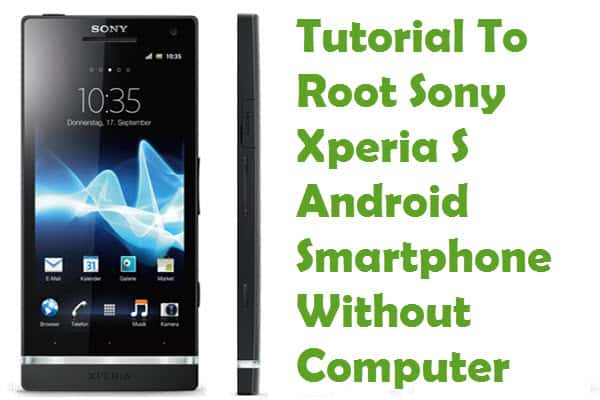 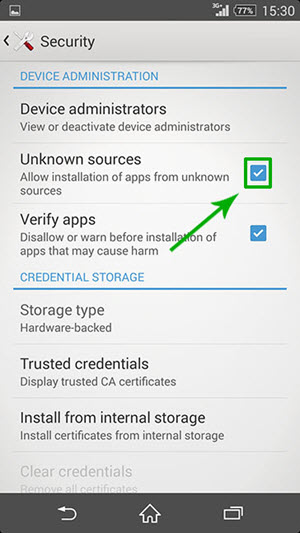 That’s it. Now you have successfully finished rooting Sony Xperia S Android smartphone without using a PC or Laptop computer. To confirm the root privileges in your smartphone, use the Root Checker for Android app from Google Play Store.

If you own a smartphone or tablet other than Sony Xperia S and would like to get rooting tutorials for the same, kindly visit our Rooting Tutorials page.